(Amy running the line. One of those glasses is mine – because it’s not a Map Party without…)

When people think of the Intracoastal Waterway, aka the ICW or simply the “Ditch” – if they think about it at all – they probably picture a long, straight canal that runs from southern Florida all the way up the east coast to New England. I know that’s what I thought. But I was wrong. Hell, the ICW doesn’t even run north of Norfolk, VA. I mean, technically it does, but it’s been years since that part of the ICW has been maintained, so it’s all but impassable save for the smallest and shallowest draft craft – which definitely excludes Sequel. Rather, the ICW is a collection of canals, rivers, bays, and sounds that wends its way from southern Florida to Norfolk, VA. Some sections of the ICW are very exposed and quite vast – so vast that you are miles from shore. And other parts are so narrow and winding that approaching vessels have to take great care when passing – and where shoaling is a constant concern. Then there’s the insanely busy harbors and treacherous inlets from the Atlantic, as well as, apparently, loud and squabbling peacocks. It’s quite a mixed bag of challenges and fun.

(The GREEN line along the east coast and ending in Norfolk, VA is the ICW)

How do I know this? Well, I’ve been researching the trip for some time. And of course we’ve inundated ourselves with more cruising guides than is proper. But most interesting of all, Amy and I have discovered (Thanks Steve) a series of short videos posted Matt Mattson and his wife Connie of their own experience running up the ICW as they traveled from Florida to Maryland to deliver their boat to its new owner. Their trip concluded at the end of April and the videos provided us with an excellent, and current, preview of what to expect – at least up to VA. 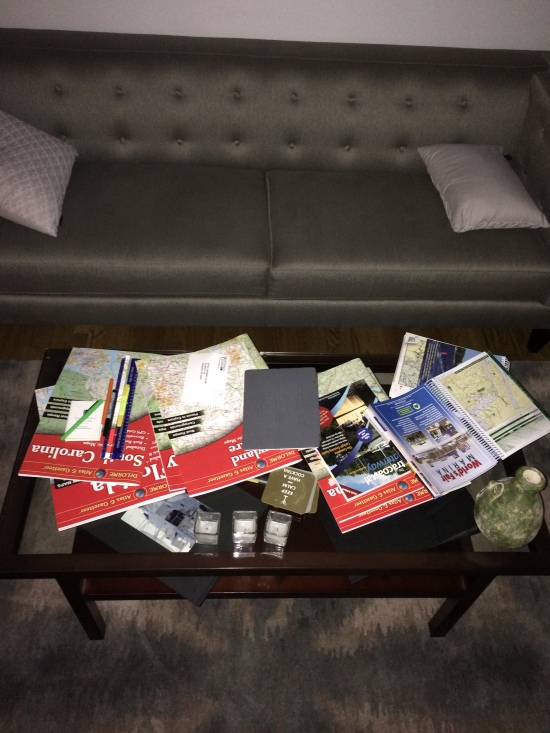 So for the past week, every night, we’ve been having a Map Party (Amy’s name), where we highlight our planned route in green. Page after page of charts – a thin green line snaking slowly north. A line that’s mirrored by an orange line that works its way up the corresponding state’s DeLorme Atlas and Gazetter (thanks Matt for that suggestion) The route on the atlas is an excellent “big picture” view of where we are.

Of course Map Parties would never be complete without a cocktail and one of these (who we’ve neglected to tell about our impending trip, and who has no idea of what a boat is, nor all the trouble and expense we’ve put into the boat to make it “Bella ready”, but that’s a story for another time)… 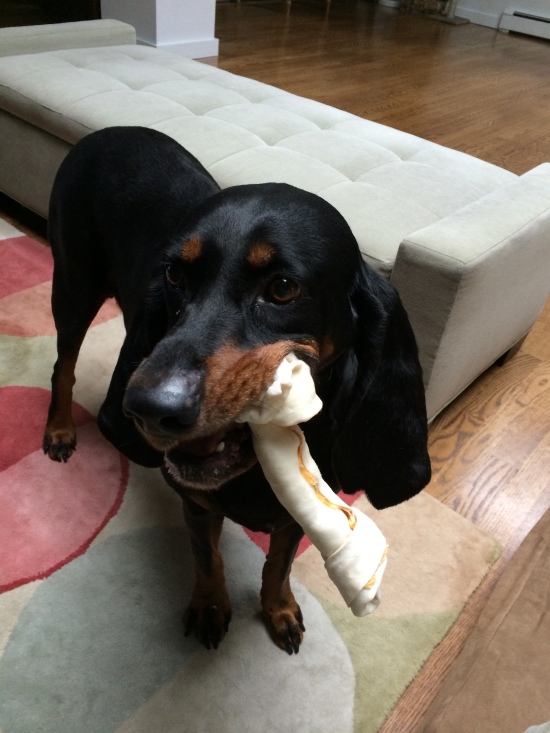 So ready or not, tomorrow we leave for Miami. We’ve shipped over 150lbs of crap to Blowing Rocks marina, where Sequel waits for us. And just now I hit the Order button on Wine.com, so 24 bottles of vino are also heading to the marina (I hope I didn’t screw up the address). Thanks Deb for that tip!

And then there’s the rest of the trip to plan. North from Norfolk. Once we begin travelling we’ll have the decision of going all the way up the Chesapeake and then down Deleware Bay, or opting for the run “outside” in the Atlantic up to Cape May. From there we have no choice – it’s a run outside to Manhattan, then up along the East River and through the Long Island Sound, past Block Island and into the Narragansett to Portsmouth, RI – where we were just yesterday dropping off our car…

(Here’s a view of the northern part of the trip, with Norfolk, VA at the very bottom of the chart and our destination at the top)