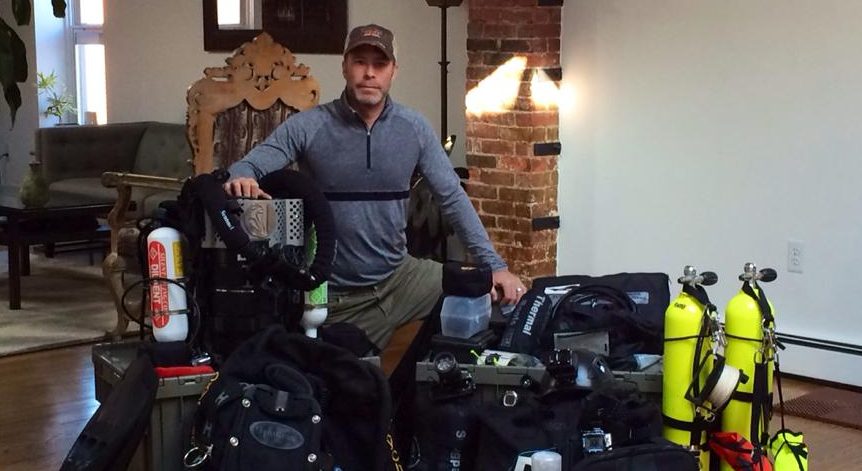 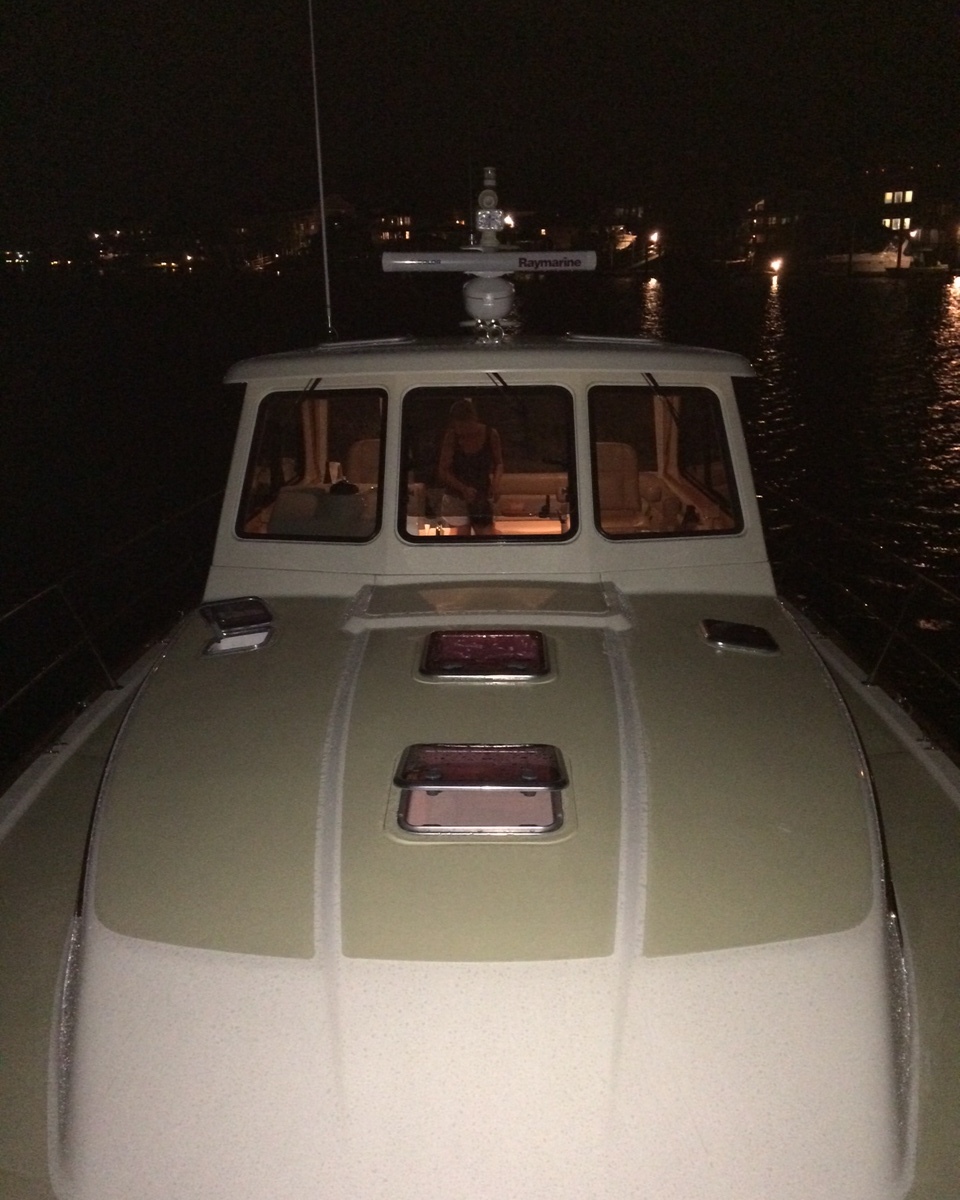 Sorry for no post yesterday. It was actually going to be Amy’s day to write one, but we ended up in a part of the world that has no cell service. Who knew that even existed? (And stay tuned – Amy’s post is coming at you tomorrow, provided we get service in the great Dismal Swamp… foreshadowing). But before that, here’s the basics for the past two days travel…

We are now at Mile Marker 84 in the ICW. That translates to 918 miles Amy, Sequel, and I have traveled together. I for one find that amazing (Amy does too…)

Yesterday was a bit of a trying day – though it started off well enough. After leaving Carolina Beach, NC we had a nice chat via VHF with Bill who, with his wife Mary, own Harbour Reach, hailing out of Wickford, RI. They have literally spent a decade traveling the great loop route, and are bringing their boat north to RI from the Keys. Perhaps we’ll see them in local waters this summer.

But then we touched bottom in Greenhead City (my name – don’t look it up) and added about a baker’s dozen grey hairs to my head. We also dealt with a slew of local day boaters who have zero sense of courtesy (and we saw a bunch more who did, but sadly it’s the jackasses who you usually remember).

Then we cruised out of Beaufort just as a storm was blowing in, and the wind began screaming across the broad Newport River as we made a dash for the canal cut to the Neuse River – the canal where we were planning on spending the night at Sea Gate Marina. We were both pretty done in when we made the canal and then turned into the marina a few miles in. What a shock for us – it was a little cut in the side of the canal where we tied up literally beside the lawn of a house. It’s a marina largely used as a boat ramp for day boaters, but has great fuel prices ($3.60 / gallon diesel) and very friendly people. So we watched our neighbors mow their lawns and had a nice meal, and revolted at some great hairy bugs. 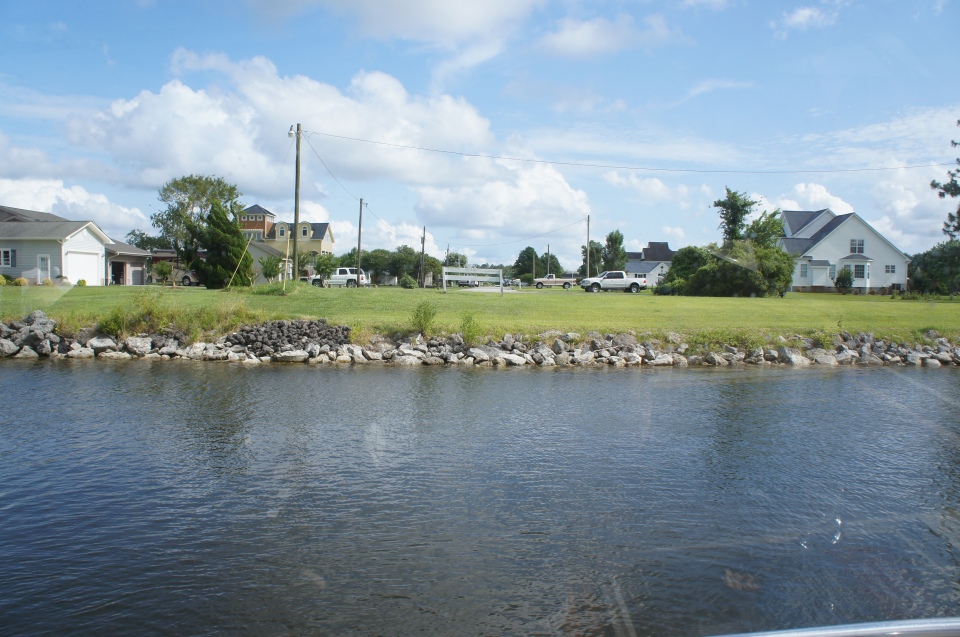 We also saw that angriest and perhaps saddest house ever…

And we got a much needed dog fix… 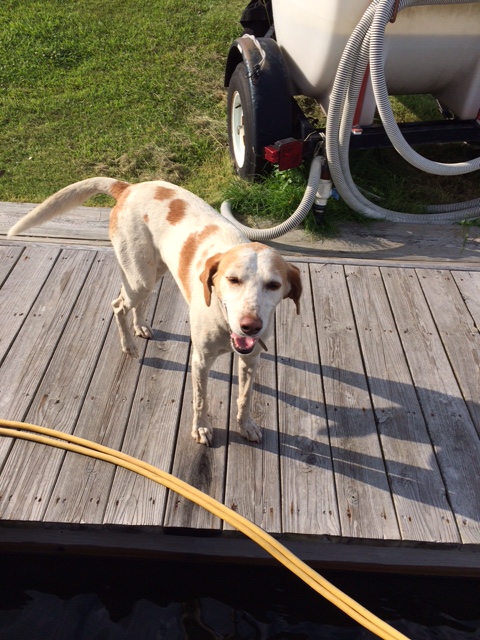 Then today we ran across several broad and tumultuous rivers – which really should be called sounds. It was somewhat unpleasant for a bit, with the seas a short and sometimes steep chop that made for rough going. At the end we ran up Alligator River, under a very long car bridge, then skirted along the bridge to a truck stop. Yep – a truck stop that also doubled as a transient marina. Alligator River Marina (and alligators are part of what makes the story of this place). It was perfect – we are the only boat in the entire place (though not was true for the cars and trucks), there’s a building for us to do laundry, and Annette who works behind the counter made us fantastic fried chicken with okra, slaw, creamed potatoes and salad (and she brought out a pair of frosty mugs for our beer). Did I say perfect?

And of course, we also had some fun times throughout the day. This morning we passed an enormous silver Pershing megayacht in the canal. When I radioed the captain for a pass, I told him he had a sweet ride, and he replied that the same was true for us! Then about two hours later, as we were slogging our way though the Neuse River, that same Pershing flew by us doing at least 30 knots. Probably more. By then we had reduced to a bashing 8.7 knots. Ah the life.

We also saw a new Nordhavn 86 foot trawler that was stunning.If you’ve read my novel Out of Hell’s Kitchen, you know that I feature a Nordhavn 62 significantly in the book. Great boats. 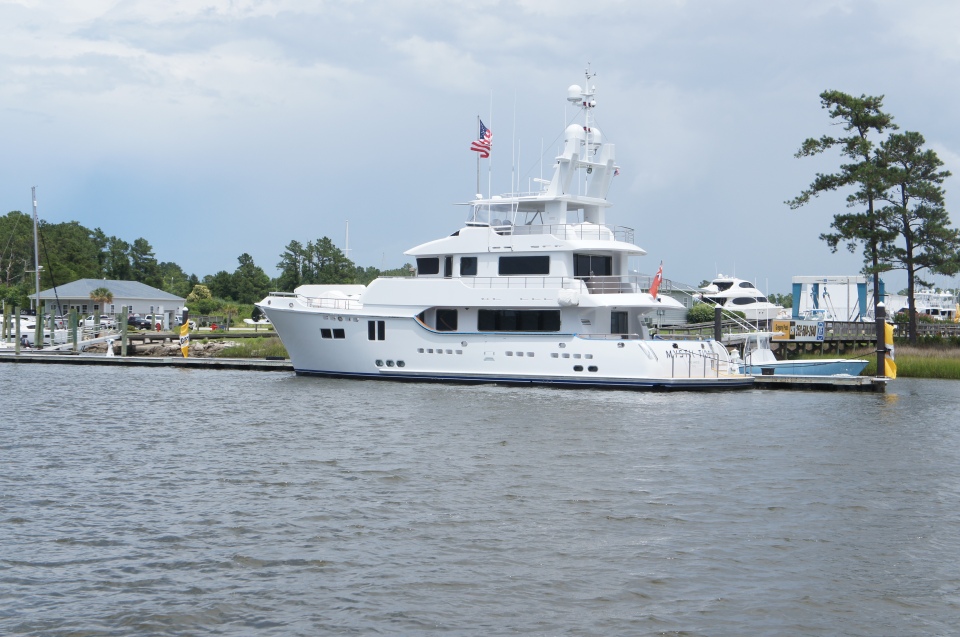 I don’t know – lots more – oh, we motored through a bombing range. That was interesting. Luckily there was no bombing, strafing or otherwise exploding happening today – but the burned out and bullet ridden hulks of previous victims were all around. And we saw an “Amy Jay” (Close enough to Amy J as to be counted).

So at the end of the day, we’re here…

I’m tired. Amy has her head on my shoulder, and we bought an ice cream sandwich that needs eating. Enjoy this video montage…

Oh, and a shout out to Tom and Leslie. I didn’t see your comment, but looking forward to having you aboard! Leslie, I took this just for you. I never knew there existed a few of the varietals listed here! 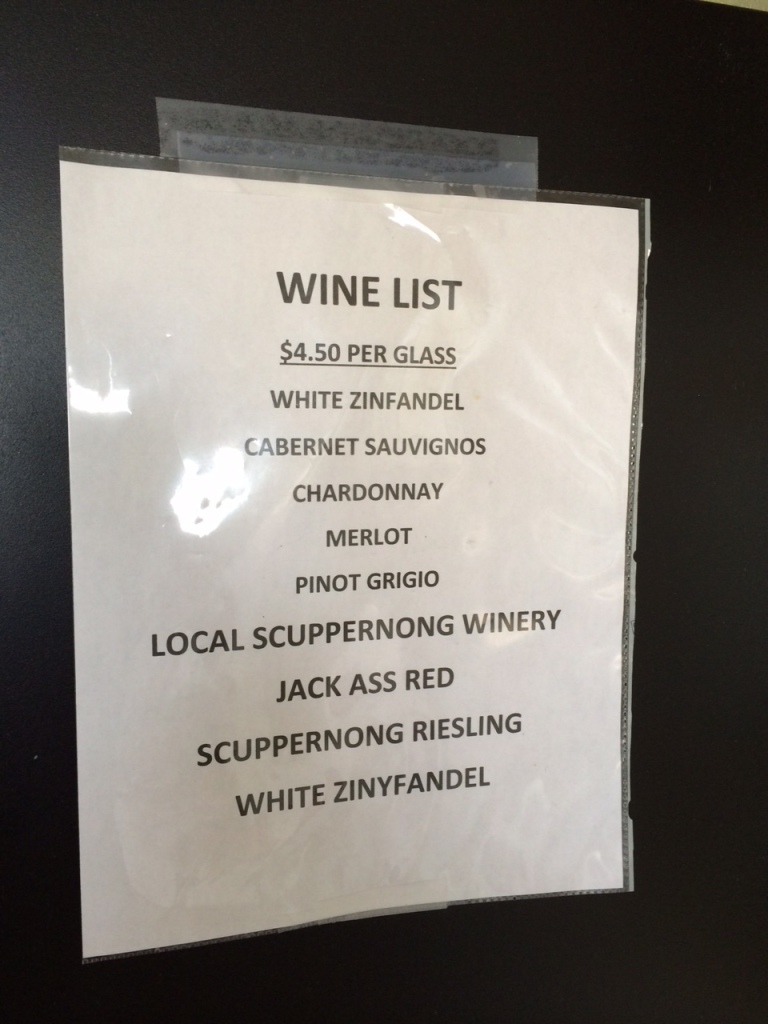 Till then (and ye ol’ Dismal Swamp)…